Owned by the Government of Trinidad and Tobago, the Trinidad & Tobago National Petroleum Marketing Company Limited (NP ) was incorporated in 1972. It was formed with the assets the Government purchased from the then BP Caribbean Ltd – the local marketing arm of the British Petroleum Group.

In 1973, the Government purchased 50 per cent of the inland marketing assets of ESSO Standard Oil, vesting it in NP.

When NP acquired the assets of Shell Trinidad Ltd, it inherited its Lubricant Blending Plant at Sea Lots, on the outskirts of Port-of-Spain. Under license, it continued to produce a range of lubricants, blended according to the Shell formulations, until the National Petroleum Brand of lubricants was launched in 1981.

Since then NP continues to improve its product rating, keeping abreast of every significant technological advancement in the lubricants industry. Today, thanks to our rigorous pursuit of quality standards such as the service classification of American Petroleum Institute (API), the Trinidad and Tobago and Caribbean markets are among the most advanced regions of the world.

Ultra Lubricants – the brand name for the range – continues to be a major player in the local and Caribbean markets, where its automotive and industrial lubricating oils and greases hold significant market share.

NP’s operations are vested in the authority of a Board of Directors—comprising professionals from various disciplines—which reports to the Minister of Energy and Energy Affairs on matters relating to the industry, and to the Minister of Finance as Corporation Sole. 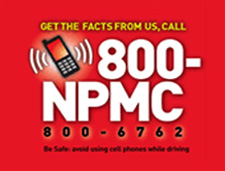